There is an immediate dichotomy in the title. Fine moon stands in for a romanticised lunar rhythm, a cyclical enchainment of bodies and terroir, of a persuasive influence of natural attunement. It is decidedly not a blood moon, not a moon that induces perverse behaviour, that corrupts the body. For that we have poor tuning. A malnourished techne, an instance of a machine running inefficiently, of a corrupting influence. So yes, the natural and the mechanical. The nature/culture antagonism. And yet, what poverty to read the show like this, breaking down units of isolationism and despair, concocting a technological fix to a problem that’s already behind us. Crucially, there’s a better entry point to the exhibition, James Wylie’s video, Giovanni (2018), which overlays the contemporary avatar onto Pier Paolo Pasolini’s The Gospel According to St. Matthew (1964), pushing this very familiar dichotomy into new territory.

It’s not that the avatar is new. We ought to be familiar with such figures from our over exposure to the work of Ed Atkins, Jordon Wolfson or even Cao Fei. That avatar, that computer generated stand in, that prop of advancing technology is always over wrought with emotional capability, an entity bound up with composite creaturely behaviour, of a gesture that is as exploratory as it is deliberately disruptive of normative human logos. Which it is again in Wylie’s opening work but it’s the way he overlays this figure onto Pasolini’s rendition of the story of Jesus, that arch figure of humanity’s presumed compassion and commitment to the equality of the individual (if not always adhered), that gives the work a particular tension, making it the perfect introductory foil to the show. What I mean here is pretty clear to see in the overlap of Pasolini’s identifiable picaresque neorealism and the posturing of the contemporary avatar, particularly given their mimicry of the facial gestures of Pasolini’s actors. Demonstrating a range of emotional registers, the avatar doesn’t just awkwardly mock current computer modelling so that we experience the disruptive dichotomy of an advancing strange valley, in which the machine’s contours continually run up against the sacrosanct human. No, what we experience is a kind of parallel, or continuum in which the artifice of both expressions, Pasolini’s actors and the avatar, becomes as equally mannered, as equally engineered. None more so, because Pasolini’s film is already, as he himself suggests a composite image, one that freely mixes typologies so that Roman soldiers’ might dress in Renaissance costumes whilst Jesus adopts a Byzantium register, so that what we see isn’t just the life of Christ, but the “2,000 years of storytelling about the life of Christ”. Which is to say that we begin to see not just the mannerisms and stage craft of this particular story, but the equally mannered expressions of more contemporary avatars, which in this overlap look no less, as exemplar, or as redeeming as we might once have hoped Pasolini’s story of Christ to provide. For we should not forget the particular agenda of that film, specifically given Pasolini’s deliberate turn away from the profanation of his earlier films, to craft instead a more molecular composition, cherishing the story of Jesus precisely for its idealisations of an individual’s compassion as a corrective to the vulgarity and triumphalism of consumer society which he conceived as a corruptive influence that “manipulates bodies in horrible ways”. Surely then the overlay of Wylie’s avatar presupposes the same equation, only this time we recognise just how much of a contrived artifice both are. Do they not after all attempt to correct a supposition that was never correctly diagnosed?

It should be obvious then that this overlay presupposes no simply equation, in which we have a redemptive, sacrosanct human divorced from technology, but rather a subject embedded in technology. What I’m hinting at here is better explained by David Wills as a complicit dorsality, in which technology is better conceived as embedded within the expanded body of the human, so that we only acknowledge this by turning to look behind us so that we might see what we already are. Which ought to rattle a little at the titling of the show, “fine moon / poor tuning”, throwing up not so much an adaptive restive human (whose composition is so celebrated today in no end of contemporary practices), but rather an indifferent cosmology, an expanded multiplicitous field that continues apace the human hubris of anthropocentric logophilia. No wonder then that Wylie’s later film, the one that closes out the show, will focus so keenly on the haptic wandering of human habitats, but it’s worth pacing this foreclosure through the rest of the show, just to get a glimpse of how radically generative the possibilities of the work on display actually are. Again it might be reductively simplistic to pass by Claudia Dunes’ faraday cages as territorial expansions, enclosures of possible freedom in an age of overexposure to what Nigel Thrift and Ash Amin call the ‘impersonal personal infrastructure’ which enable a kind of computational subjectivation of a city’s populace with vastly macroscopic detail, enabling new levels of control if not outright coercion. And then as though to pre-empt such short-circuiting, this familiar recall of modernity’s disenchantment (do we need Latour’s buzzing membrane here) Dunes collaboratively reworks one of her faraday cages with Rainer Weston, to place their own version of network routers within it. Collectively provisioning a kind of meta-machine that is much dialogic as it is computational, these modems don’t just route the collective enterprise of the individuals that seek to join, but spur us on with their suavely dubbed nomenclatures, which carry James Mangan inspired switchwords (affirmation-like phrases designed to channel energy from the subconscious). “Together”, “Reach”, “Safe”, “Chlorine”, “Star”, “Trickle”, were just some of the phrases that tumbled through my phone’s ordering of these routers, these impersonal networks that link up a greater contiguous force. Such compulsion is also echoed in the robust modality of the phrases, easily switching place, but losing none of their meaning, instead, perversely gaining more informational ease, more linguistic freedom the more they interchange. Which is I suppose the point, that static formations, like those carved out by the faraday cage are a kind of bothersome intermediary, that rarefied white square which Michel Serres suggests only ever deigns to stop the asymmetrical flow, at best momentarily pausing it to renew the next generative compulsion. 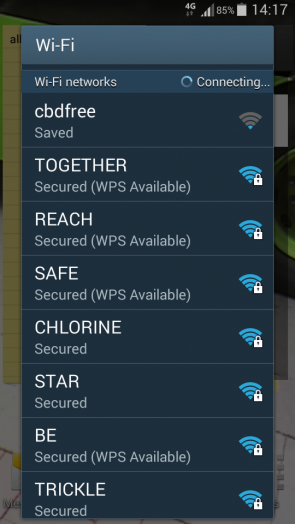 Such is the commotion of a world in flight, something keenly reflective in David Ed Cooper’s desk top fan bouncing around the floor, only to be restricted by both its timer, its streamlining of agitation and its shackled bolt. Which is to say that here we have a body bound not just to activity but dependent upon it. Which is not to say we have a kind of autoimmunity to such despairing, habituated subjects, but that we recognise precisely the contours of ressentiment, the formation of an aggressively habituated subject trapped in a cosmology indifferent to it. Which is precisely why we have the technophobic resolution of Rainer Westons’s Gap Generator (2018), a looped video of a satellite in orbit, not just echoing the persuasive network of the personal enfranchisement of networked subject but foreshadowing the futility of those technological fixes which only ever perpetuate business as usual. 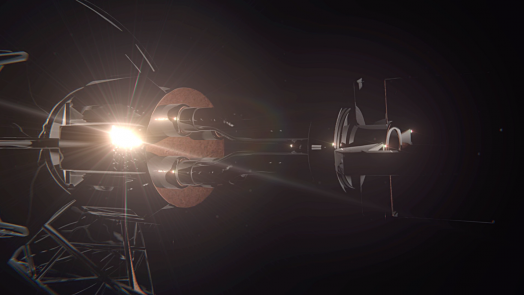 There is of course another way of reading Gap Generator. Scan the gallery’s press release and you get, “Eion Musk’s rhetoric of progress and expansion as intimately entangled with historic projects of colonial expansion and capitalism’s hunger for new sources of exploitation” and they’re not wrong. It’s just in the context of this show it makes sense to read the satellite as an extension of an embedded technology already at work, not just the out-reaches of an exploitative capitalism, but just another iteration of a frontier that’s always been with us. That at least would make sense of the combine works of David Ed Cooper, all titled with the beginning phrase 'In your spring', which resembling bird feeders as they do, is hard not to associate with Rachel Carson’s Silent Spring (1962), the technological silencing of the birds by industrial agriculture. And yet, in Coopers hands these objects which oscillate between red lentils, dried peas in one, fungicide, bird repellent in another, pose a kind of give and take. So much so that the point here isn’t a despairing alienated body continually beset by the technological displacement of human habituation the more it is a contiguous composite force that no longer primes humans as the only actor, nor the intended subject. Which is why Wylie’s other video is such a brilliant way to close out the show, with its focus on the haptic knowledge practices of human and other forms of life, alternating between observation of humans and zoo animals, and paralleling at times a similar sort of captivity and displacement, of a continuous enfolding of terrain life. Key to that overlap is the focus on a half built golf resort, a prime example of the manipulated landscape, but also the kind of desiring body’s subjectivation or captivation in modes of existence that are so continuously supplied. Indeed, to borrow a refrain from the soundtrack of Wylie’s video, “now that our eyes are opened” might we too recover from such slumber?

Forewarning such supposition Wylie’s film closes out with a shot of a computer generated Edenistic scene, only overpopulated with the human figure, all assuming Rodin’s thinking pose and yet all translucent bodies. Indeed looking closer you notice that they all are bodies upon bodies, intermingling as much as Pasolini’s composite story of Christ, as much as the affirmative, modular words of the routers’ switchwords do. This kind of layering up, of the body as a contiguous force, a compulsively acquisitional subject webbed into layerings of technology and self-desire, seems to only compound the generative force, if not compulsion of the entire show. 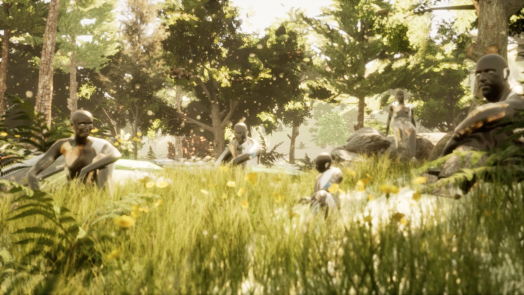