After the TVNZ arts programme Backchat was canned in 1999, Urbahn offered them a final clip. C:\R.U.R.T\chatback\a digital lemon\2000 (2000) featured Urbahn in the role of criminal, being interviewed by television reporter Mark Crysell. With his face obscured and a shaved head Urbahn recounted a parallel life of cult practices including kidnapping, murder, drugs and voodoo. Urbahn’s piece was rejected by the broadcaster. 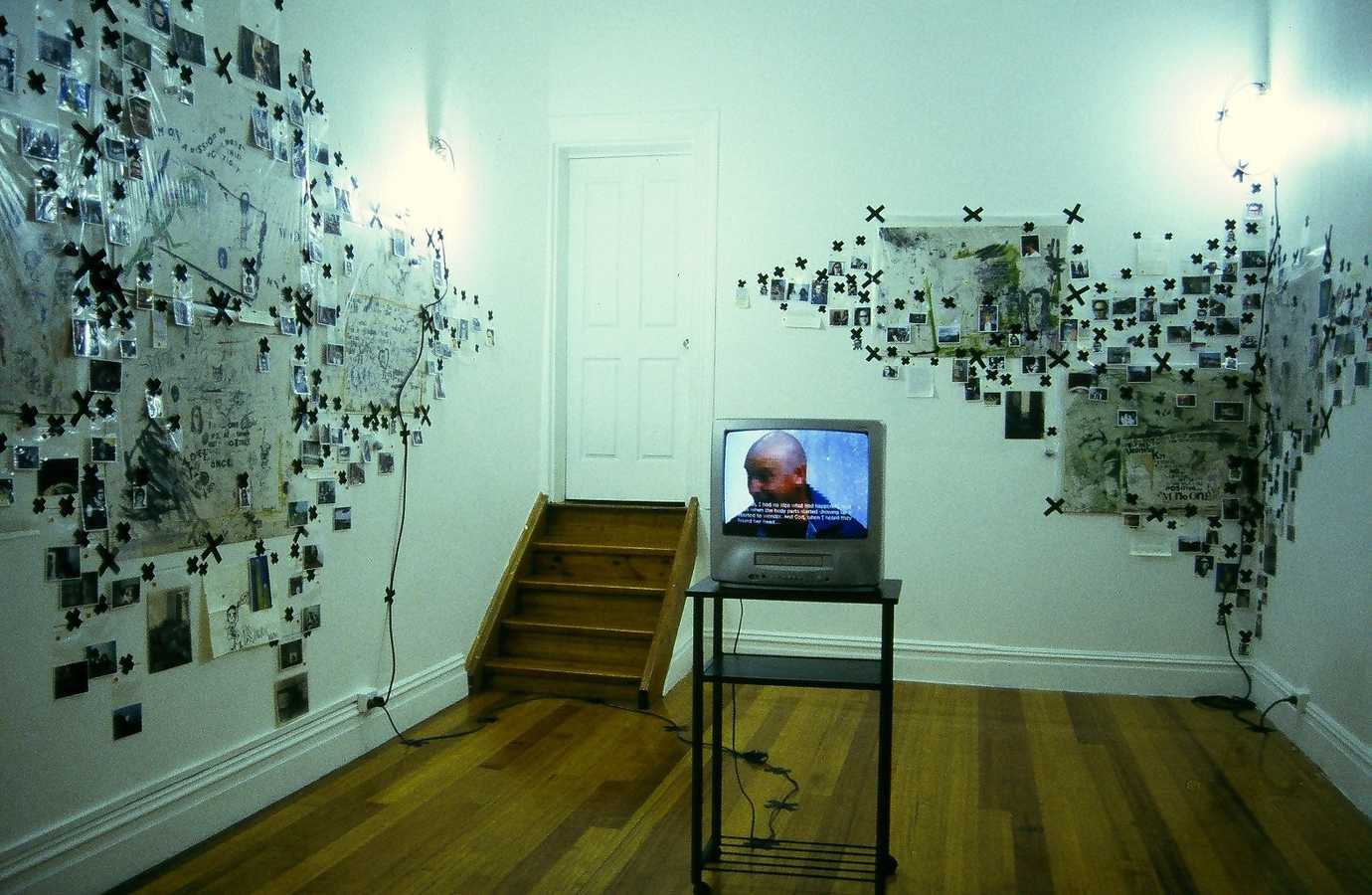 Shot from a bridge over the Tiber in Rome, flotsam moshes to an instrumental version of Motorhead’s Ace of Spades.

Taking a video camera Urbahn “stalked” his unwitting subject as she walked along Wellington's Oriental Parade.

P.S... I love you
Terry Urbahn

The artist performs The Stranglers hit Peaches in a suburban lounge.

A cast of painted characters are severed from their original context—the exhibition halls of the Louvre.