Inspired by a new age hippie-esque movement called ‘Earthing’, or ‘grounding’, this work questions what it is to be meaningfully connected in response to an increasingly technological landscape and ‘utopic’ ideas emerging around being beyond the earth and beyond the body.

The ocean represents one of the least viable habitats for technology. As an interpretation of 'Earthing', a naked woman attempts to stabilise her electrons by getting in touch with nature. Later, she lies in the flowing current.

This work is also part of the three screen installation Beach Body. 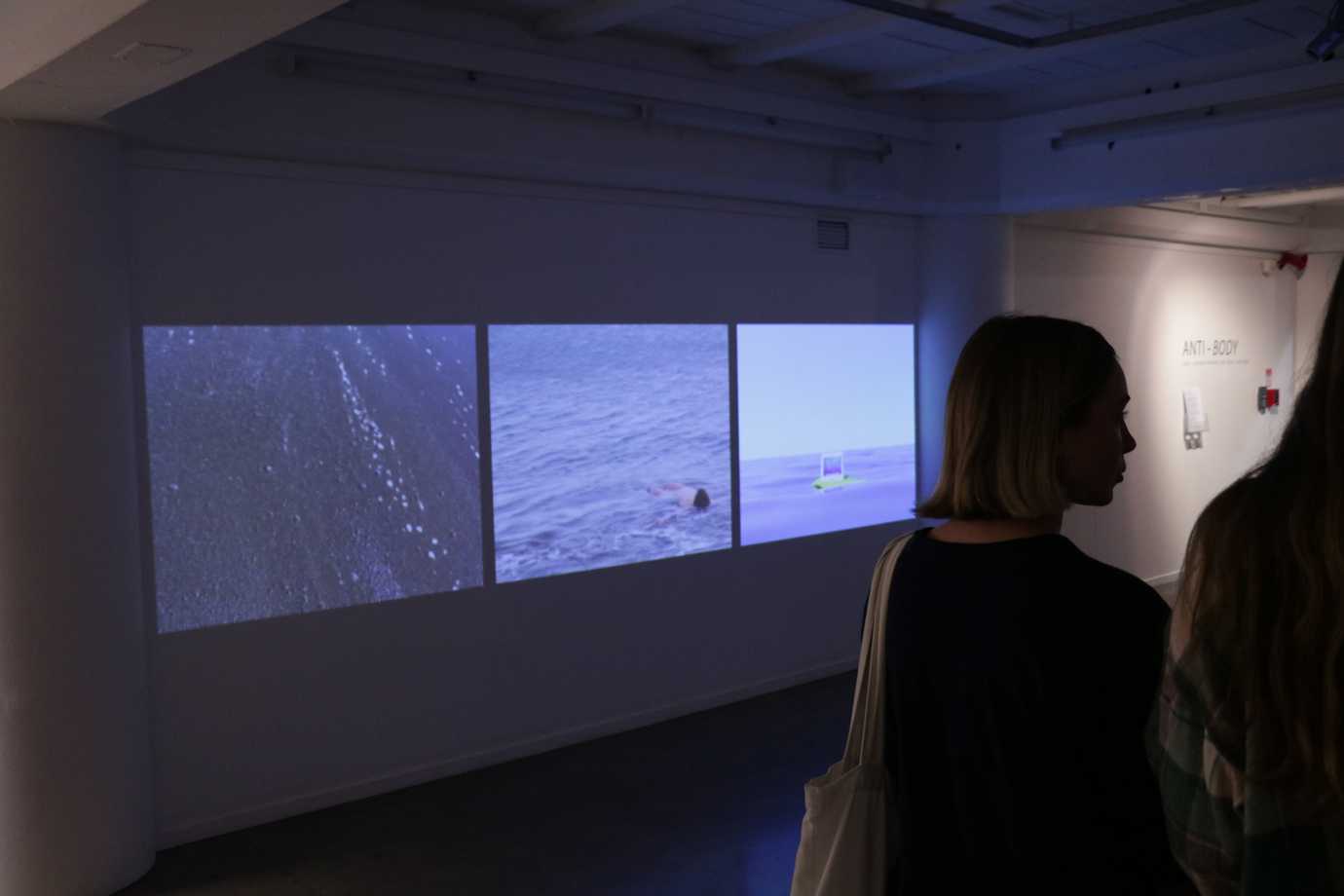 A slowed down, karaoke instrumental version of Aaliyah’s song One in a million plays in the background overlaid with the sound of a dripping tap.

A holographic figure contemplates the role technology plays in regulating work that would be considered emotional labour if performed by humans.

A video player lies washed up on the edge of a tropical island, whose swaying palm, sunset and beach suggest an idyllic scene.