“When I try to remember the way he looked, it’s not certain, it’s hard to pin down… I seem to make up the image. I’m not sure if it’s memory or imagination…”

Remember Snow begins with an image of water. On the voiceover Nicol recounts the triggers for fleeting memories of a childhood family figure - “a river… standing on the wharf… a stretch of State Highway One”. He compares his memory to “a short film clip or stills out of order”. A carved bust of a figure cross fades into the frame. The bust appears to be underwater. Nicol’s own face appears in the background as a ghostly shadow, his mouth opens, bubbles are released towards the bust and we hear a distorted voice say “Wake up, Snow, Snow, wake up”. The image of Snow begins to distort as water moves across it, creating shadow and intimating corporeal form, as if searching to settle on an image. 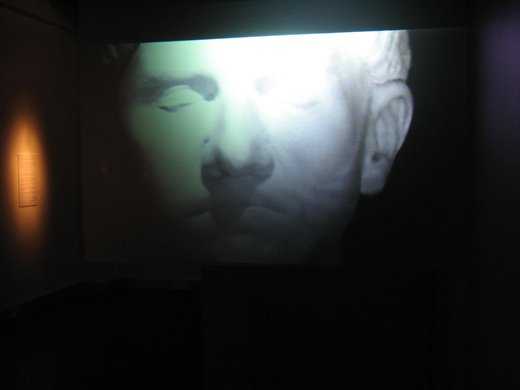 Using subtle sleight of hand Nicol attempts to animate a face and a memory into life.

The artist methodically constructs a wooden cube in real time.

Construction of a Cube
Gray Nicol

European and South Pacific choral music accompanies a sculpted image of a mother and child.

An absurdist performance piece for shotgun, duck and bandage that continues the artists interest in signs and signals of representation.

In the second essay in 2018's Summer Reading Series Mark Amery reflects on the video work of Gray Nicol.