Galloway pictures his daughter growing up in this most absurd of contexts. Riffing on the same politically incorrect issues that informed Sadie Wrestling, the sequel’s longevity also adds some metaphorical weight to what a parent daughter relationship might entail. 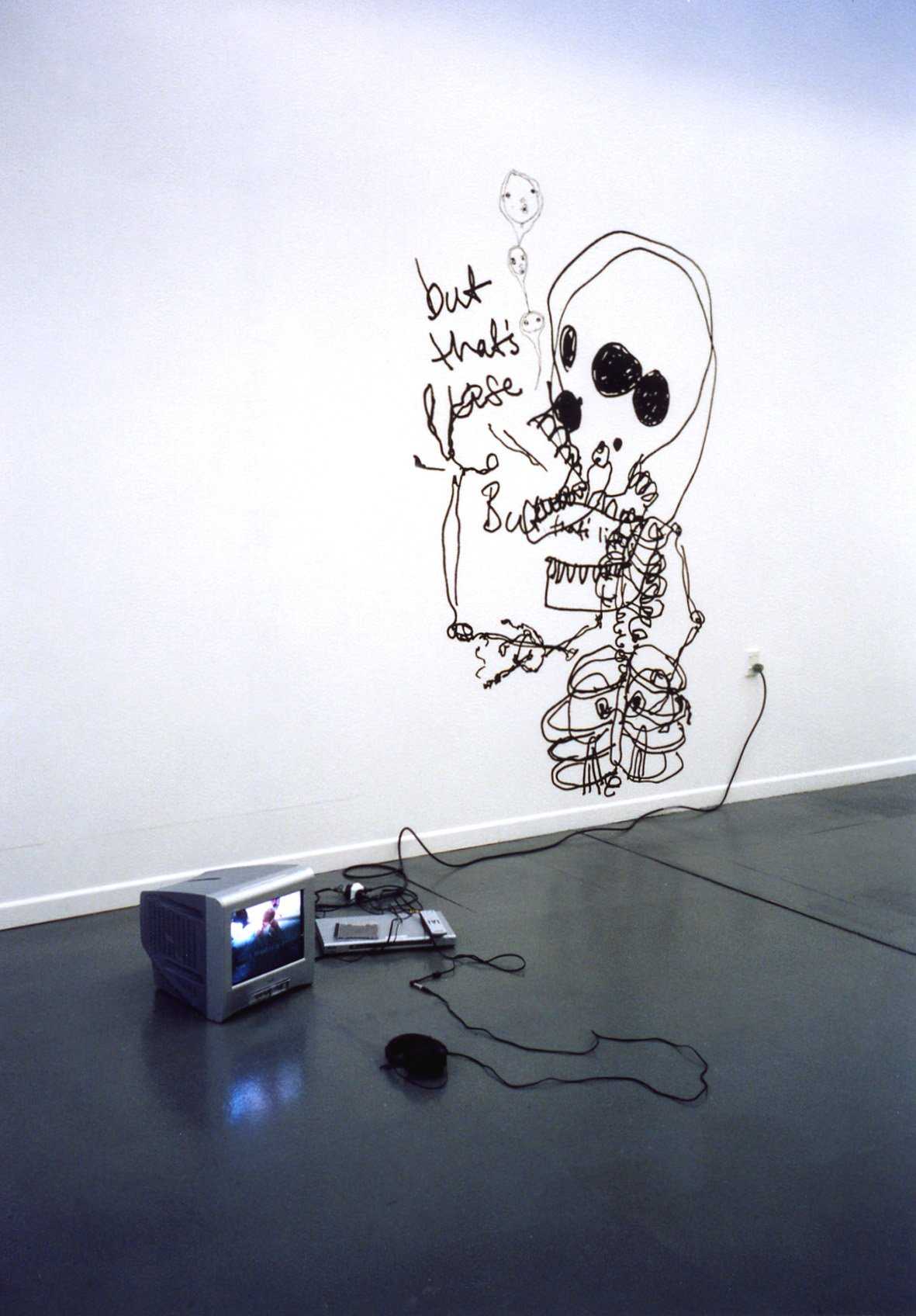 Installation view of Sadie Wrestling II (2007), from the exhibition mumbling through to the chorus, The Engine Room Gallery, Wellington (2007). Accompanying wall drawing by Bryce Galloway

A mock wrestling bout between Galloway and his six-month old daughter Sadie.

A discussion about the Auckland Triennial, Samin Son TV, and an interview with Bryce Galloway.