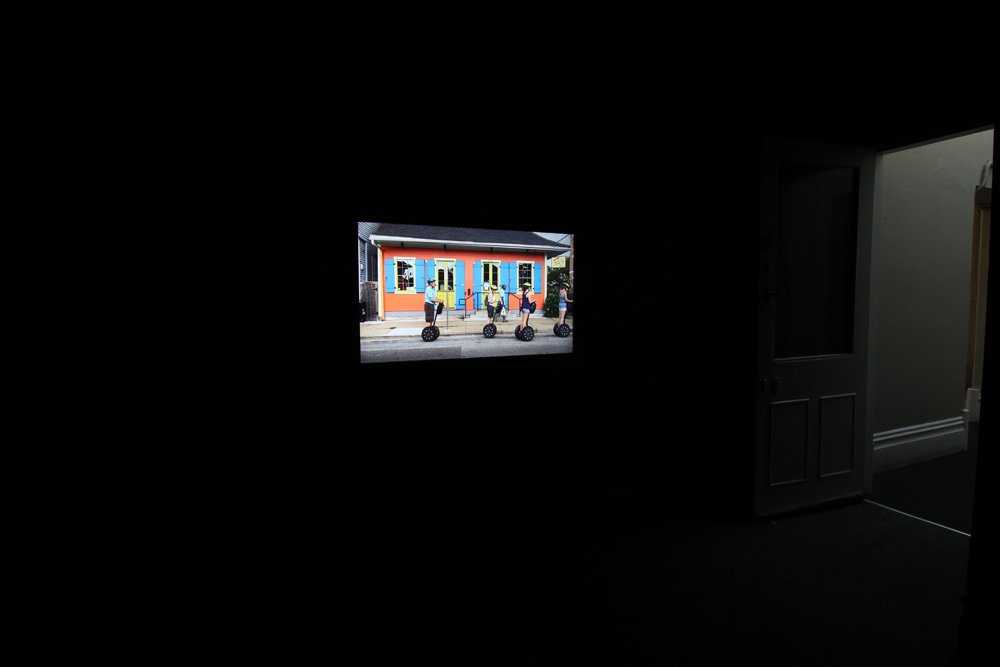 Footage shot out a plane window with the ambient noise of the plane in the background.

An every-day scene at the airport filled with indirect and direct interactions.

A nighttime gym session is observed from the outside.

A fleeting one second of film of a passing historical carriage tour in New Orleans.

One second in New Orleans
END_OF_DOCUMENT_TOKEN_TO_BE_REPLACED

A selection of video works by New Zealand artists addressing our relationship to the United States.