The title of this work alludes to Karl Marx and Friedrich Engels' statement at the beginning of The Communist Manifesto (1848) that “A specter is haunting Europe—the specter of Communism.”

As well as acknowledging the lasting impact of radical historical figures, Barber's work looks forward to new possibilities. He acknowledges a key paragraph in Jacques Derrida's Specters of Marx: The State of the Debt, the Work of Mourning and the New International (1933);

"...The name of New International is given here to what calls to the friendship of an alliance without institution among those who... continue to be inspired by at least one of the spirits of Marx or of Marxism. It is a call for them to ally themselves, in a new, concrete and real way, even if this alliance no longer takes the form of a party or a workers’ international, in the critique of the state of international law, the concepts of State and nation, and so forth: in order to renew this critique, and especially to radicalize it." — Jacques Derrida 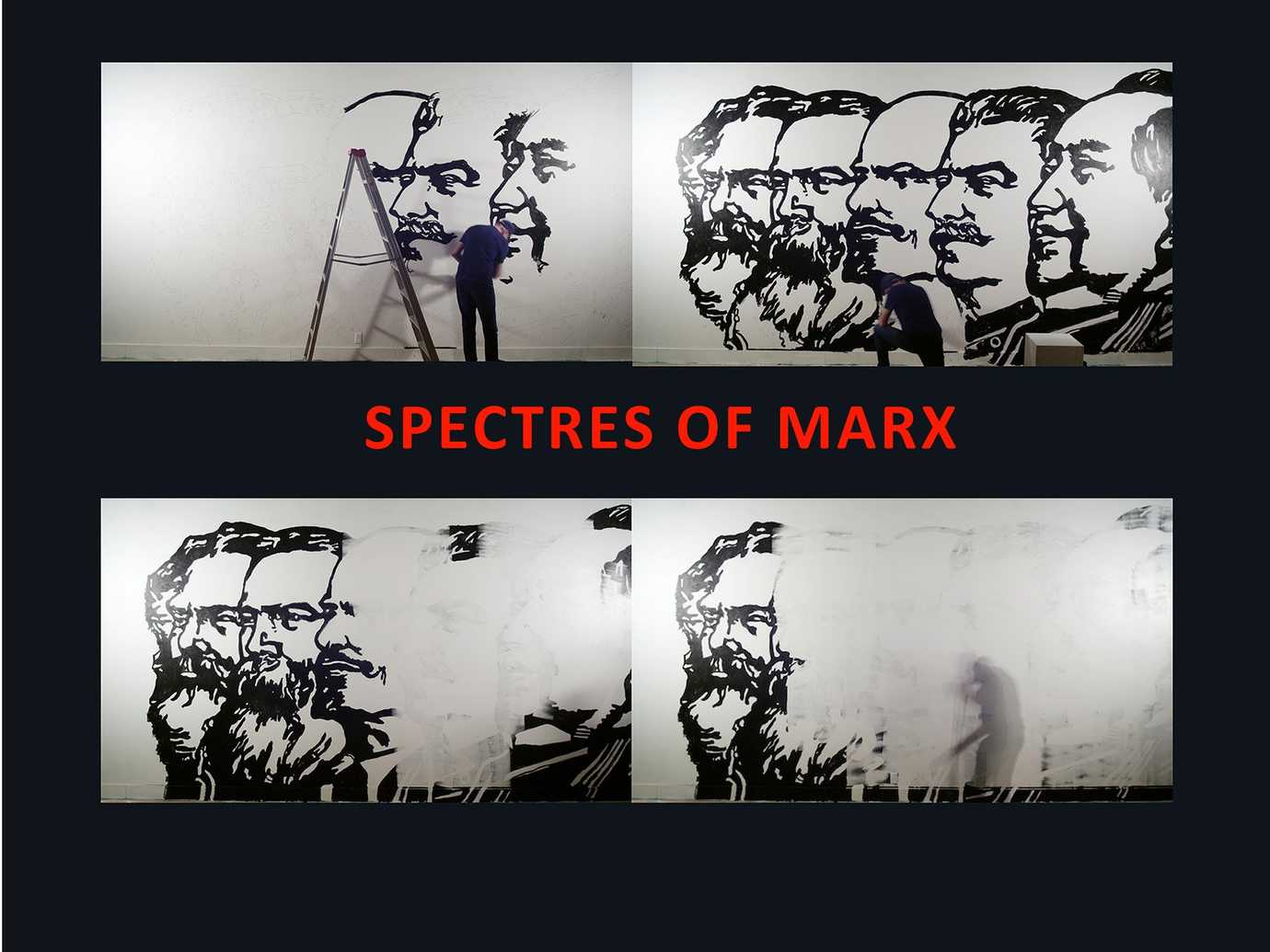 A postcard showing multiple stills from Spectres of Marx (2015), produced by Bruce Barber

A performance rehearsal document from a work produced in Halifax in 1978.

The artist kisses a billboard of Sophia Loren, overlaid by a woman's voice reading a text about women and property.

With a dozen video works from 1973-2019 now on CIRCUIT, renowned New Zealand/Canadian artist Bruce Barber sat down with Mark Williams to discuss a career spent working inside and outside the art world.