eternal wave is a one-hour video loop consisting of a small section of water rapids leading to the iconic Huka Falls based in the North Island of New Zealand. The Huka Falls is part of the power infrastructure that essentially supplies power to the studio enabling the creation of this work and work in general.

Filmed at 300fps, time is expanded to a point where the churning water visually becomes a molecular force and in turn becomes a conceptual amplification of power. The soundtrack consists of layered sine wave frequencies and bowed guitar strings that functions as a harmonic intensifier of the moving image and viewing experience. 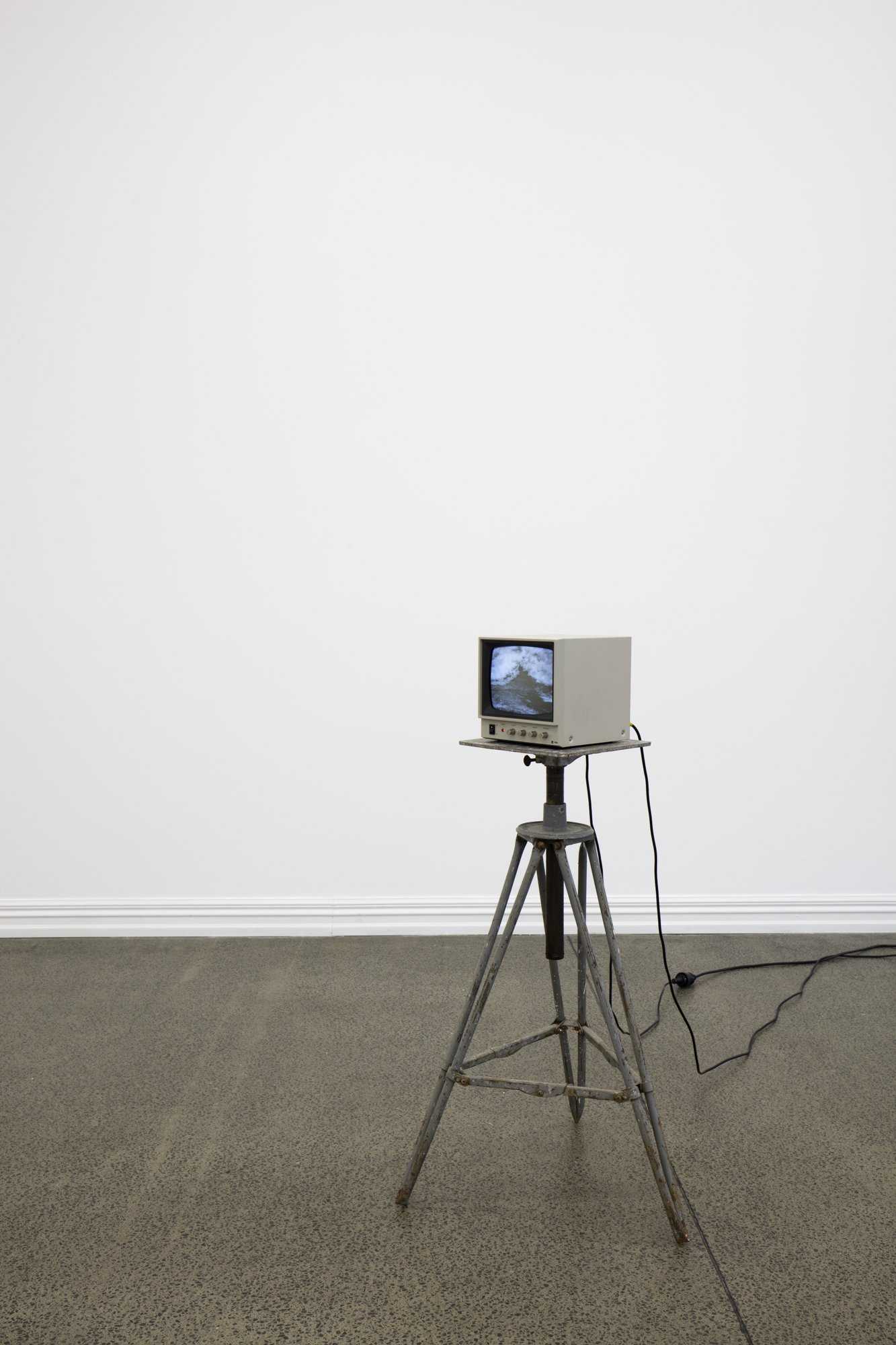 A blank DVD is spun by hand by hand captured with a high-speed video camera.