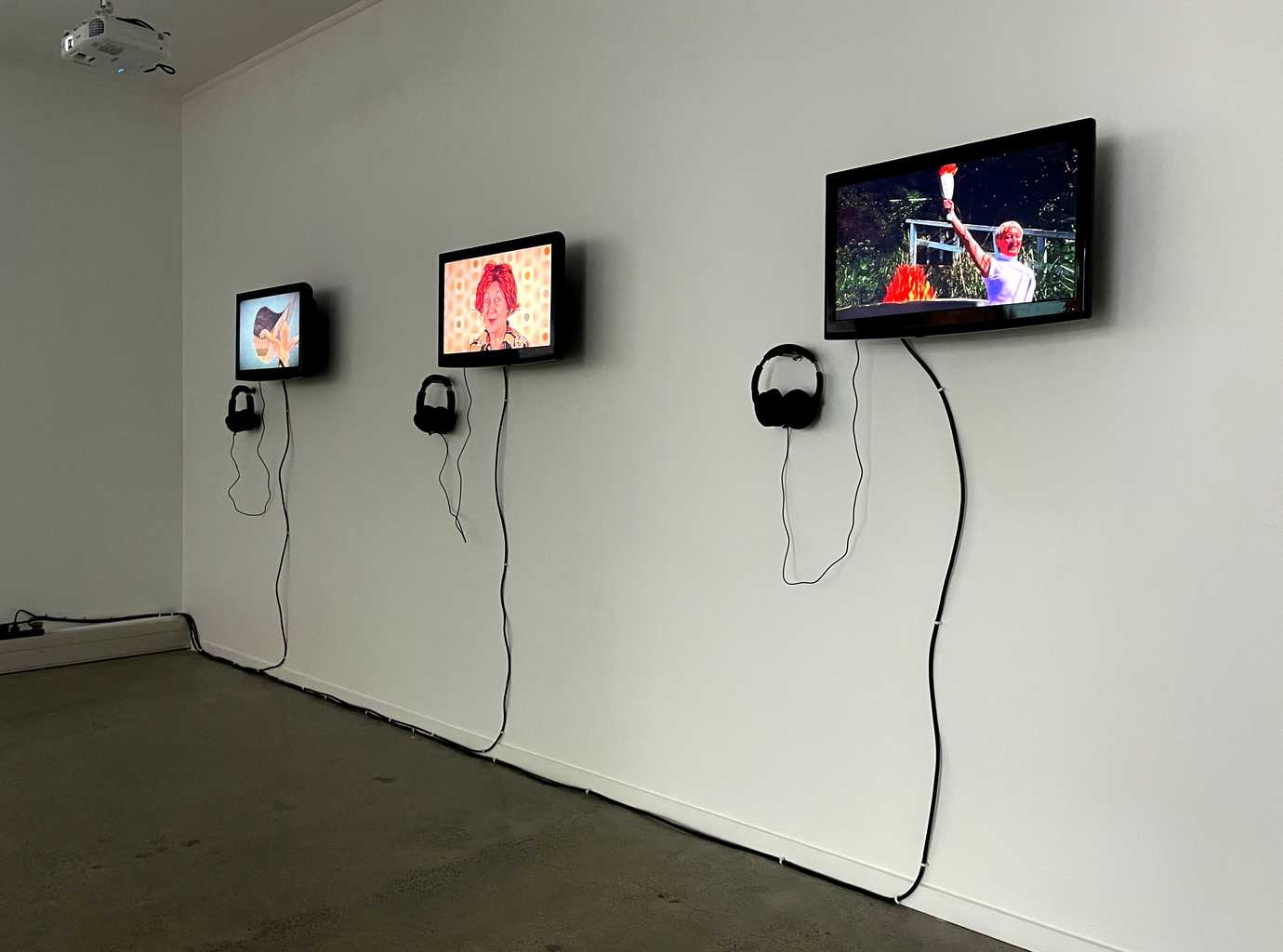 Part of a series of works where the artist seeks to restage a swimming race from the 1968 Mexico Olympics.

The swimmer and the spy
Sandy Gibbs

The artist restages from memory a phone call made to their childhood hero, the swimmer Tui Shipston.