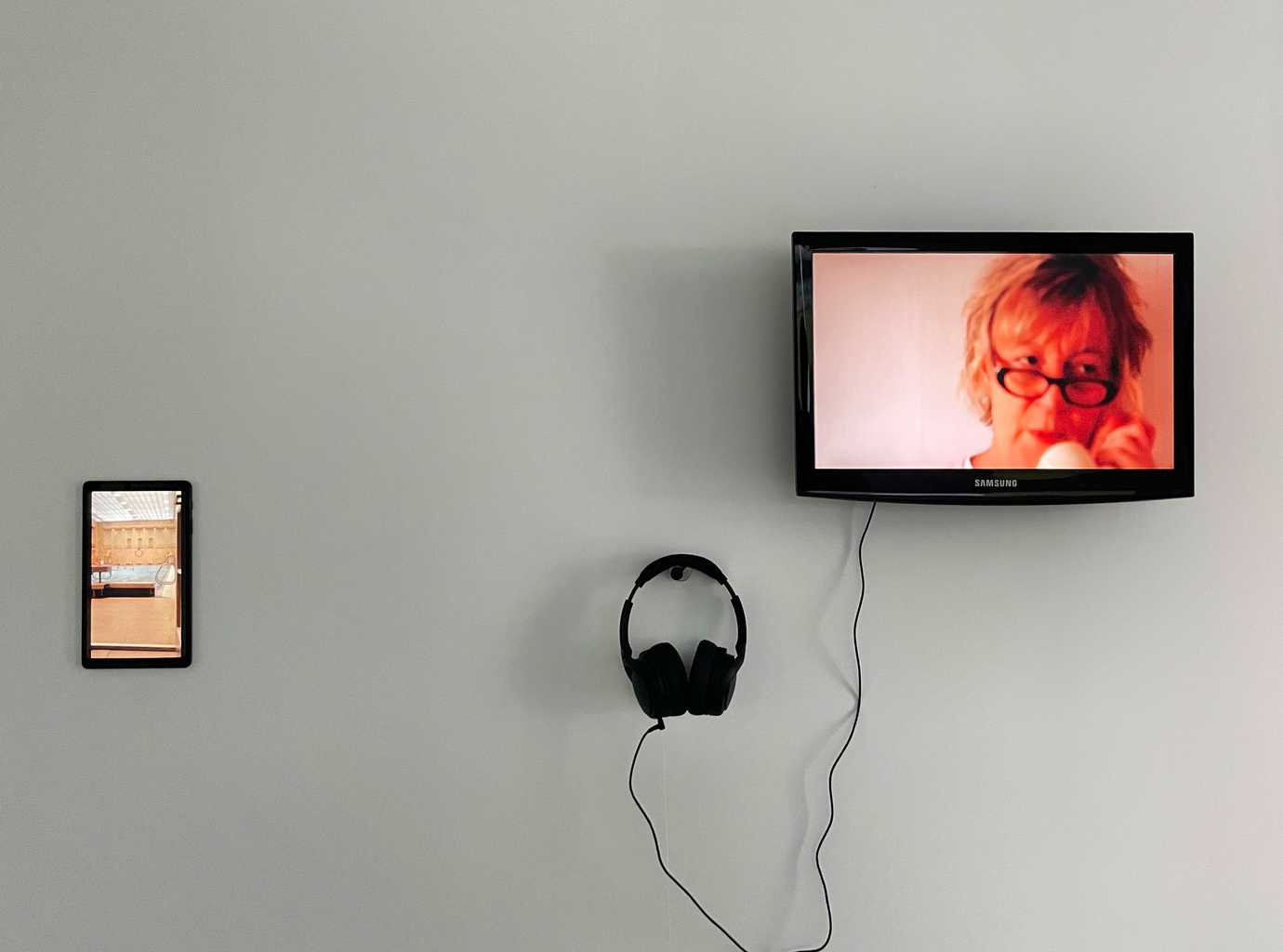 Installation view of The swimmer and the spy (2017) (left) and Recalling Tui (2016) in The paradox of failure: sport, competition and contemporary art, RM Gallery, Tāmaki Makaurau (2021)

A homage to Norma Enriqueta Basilio, the first woman to light the Olympic flame, and a celebration of the ageing female body.

Part of a series of works where the artist seeks to restage a swimming race from the 1968 Mexico Olympics.

The swimmer and the spy
Sandy Gibbs