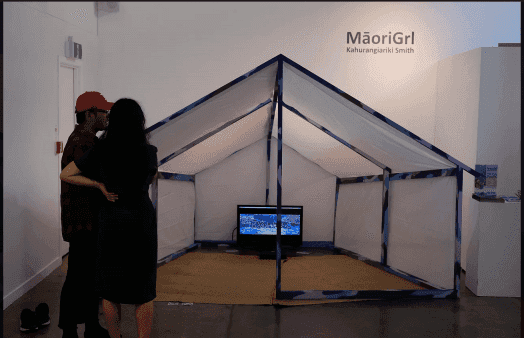 The artist places her mum's kōrero in a karaoke-esque format to trial modes of sharing and receiving knowledge.

(ex)CLAIM is an interview series by Israel Randell, in which she meets practitioners from Aotearoa whose work seeks to correct imbalances in our bi-cultural histories. In this interview, she meets Kahurangiariki Smith.