A small model structure sits on the ground, on fire. On the soundtrack a tense strumming is interjected with scraping noise. As the model burns out the audio crossfades to a low uneasy drone, accompanied by shots of graffitied trees, urban waste and fragmented images videoed off the surface of a computer screen. The voice over says, “When we first started… we did them pretty much anywhere… we know that there are different ways of working… we like the way it looked… it’s a way of communicating… it’s possible you don’t understand…”. The video ends with an extended shot of a bulldog walking slowly away from camera and rolling on the ground, accompanied by grinding noise music. 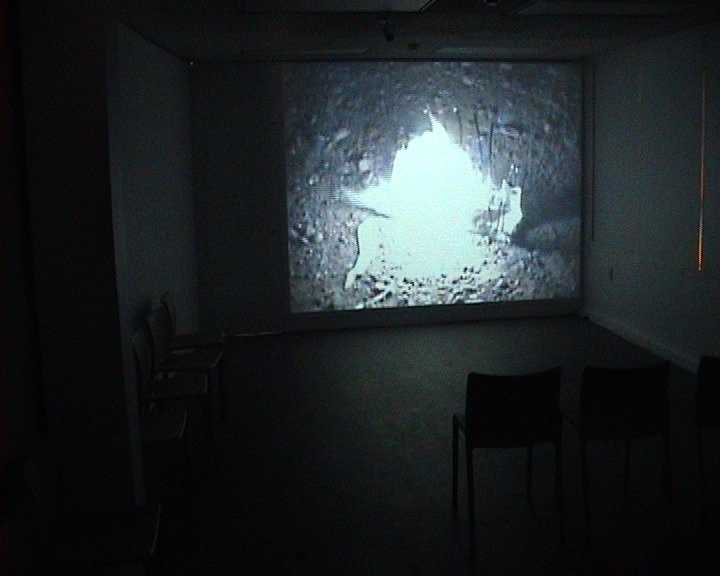 Installation view of More about us, New Zealand Film Archive (2009)